Directed and Choreographed by

Jerry, an American GI who stayed in Paris after the war, dreams of becoming a painter. In the company of two friends, they pursue their artistic ambitions without realizing that they all love Lise, a dancer who has become their muse. Minnelli’s famous film (1951) only became a theatrical work in 2014 when it was premiered at Châtelet in a production directed by Christopher Wheeldon that met with immediate and ongoing success: several prizes including 4 Tony Awards and triumphant world tours (United States, England, Japan…). Gershwin’s heady music combined with Wheeldon’s choreography (who pays tribute to Gene Kelly while still making his own mark) make An American in Paris a wonderful way to celebrate the end of the year. 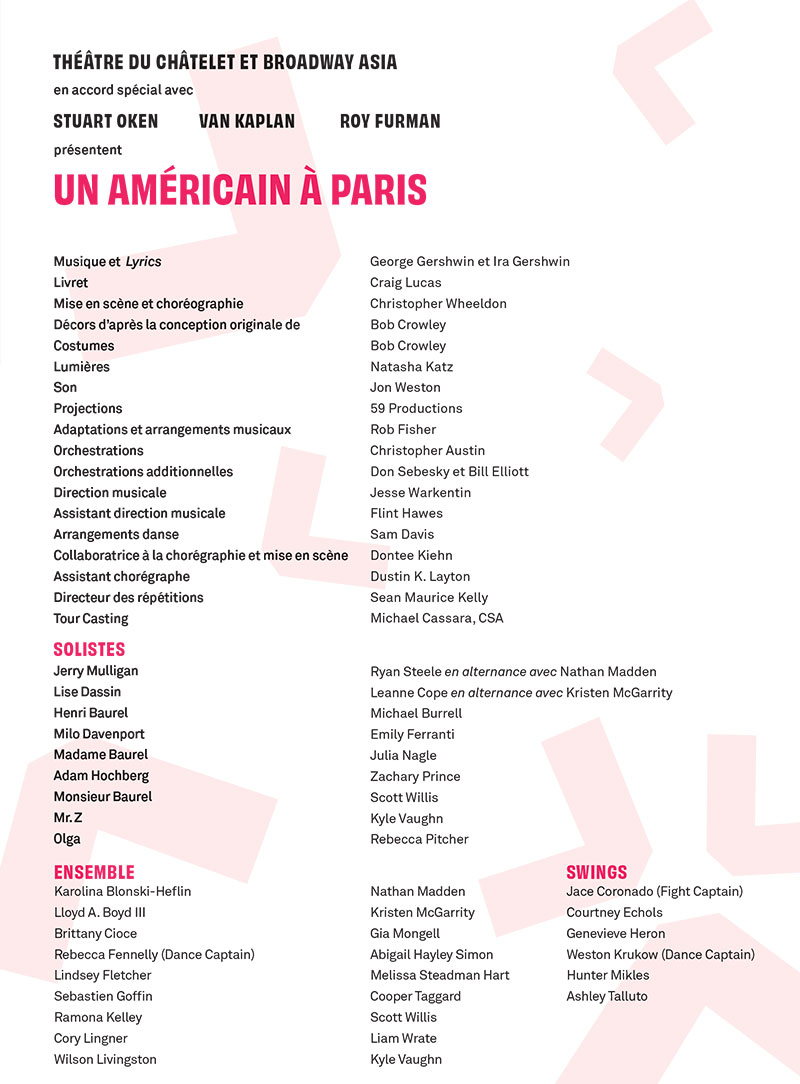